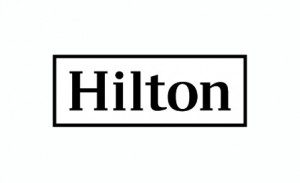 Hilton announced today the appointment of Jorge Giannattasio as senior vice president and head of Caribbean and Latin America operations. In his newly appointed position, Giannattasio will oversee the dynamic region where Hilton currently operates a portfolio of more than 130 hotels.

“We are thrilled to welcome Jorge, who has an impressive track record of working with organizations to maximize growth, customer satisfaction and profitability,” said Joe Berger, executive vice president & president, Americas, Hilton.  “As we continue our aggressive Caribbean and Latin America expansion with more than 80 hotels in the pipeline, Jorge’s proven operational and financial experience make him uniquely qualified for this role and will help us achieve long-term success for our hotels and resorts across the region.”

Giannattasio joins Hilton from SBE Entertainment Group, where he held the role of chief operating officer. His career spans three decades of operations and finance with global organizations, including more than a decade in the hospitality industry with Starwood Hotels & Resorts where, latterly, he served as senior vice president and chief of Latin America operations and global initiatives, overseeing more than 100 hotels, across eight brands in nearly 20 countries.

“I am thrilled to join Hilton at such an exciting time for the company, and contribute to our success in the Caribbean and Latin America,” said Giannattasio. “This part of the world is experiencing phenomenal growth and I look forward to working with our teams across the region to further our mission to be the world’s most hospitable company.”

Giannattasio is a graduate of Buenos Aires University and speaks several languages including English, Spanish and Portuguese.