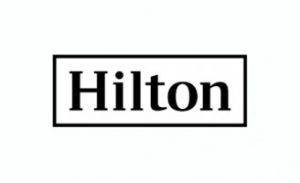 The bosses of Hilton house have signed a new deal to construct a 107-room hotel as part of the new stadium complex of Southend’s United.
They are rejoicing after the ambitious plan to relocate to Fossetts Farm obtained an important boost.
This large scale application to shift from Roots Hall not only comprises a 21,000 seater stadium but also flats, hops, restaurants and the hotel. Currently Hilton is strictly committed to creating one of their five star hotels on the site after their relocation gains planning permission from Southend Council.
Chairman Ron Martin praised the latest development mentioning that it would usher in a ‘world-class brand’ to Southend.
Mr Martin mentioned that Southend United Football Club is pleased to confirm contracts have been signed that will, subject to receipt of planning approval, welcome a new, 107 bedroom Hampton by Hilton hotel at the club’s new state-of-the-art stadium – Fossetts Farm.
He then went on to state that Hilton marks a leading global name and its Hampton by Hilton brand fits well with the comprehensive leisure and retail developments planned for the club.
The proposal will underpin the club’s future, further enhancing the stadium complex and bringing a world class brand to Southend, he feels.
Mr. Martin also feels that the planning application for the new stadium was submitted in April 2017 and the club is hopeful of the council considering the application before much longer.
The stadium plans have been in the pipeline for decades with some fans fearing the move may not happen.
However, this now represents a big step forward for the relocation.
A Southend Council vote on the move has been delayed since plans were submitted.