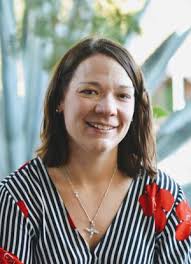 Amber joins the Hilton Tucson East and HMC Team from the Embassy Suites by Hilton Tucson Paloma Village where she was General Manger since March of 2014.

Amber oversaw a four-million-dollar renovation and added a full-service restaurant to the property. Her hotel earned several awards throughout her tenure, including Hotel of the Year in 2017.

She moved to Tucson in 2005 after earning her BS in Hotel Management & Leadership from Johnson & Wales University in Denver, where she worked for Marriott International. She completed three internships while pursuing her degree, one with the Doubletree by Hilton, one with the Denver Metro & Convention Visitors Bureau and one with the Marriott Dalmahoy in Edinburgh, Scotland.

Amber currently serves as the Chair of the Southern Arizona Lodging & Resort Association (SALARA), and is on the executive committee of Visit Tucson, where she has been an active member of the Board of Directors since 2015.

Amber is a great asset to both the Hilton Tucson East and Heavlin Management Company.  She is passionate about her employees and guests which is evident from her commitment to the industry and awards she and her hotels have received during her tenure.

Amber will use her fresh approach to continue to drive service and enhance the customer experience at the newly renovated property.