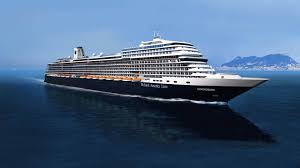 Officials, Dutch cruise lovers, travel partners and media were invited to attend the inauguration ceremony for Holland America Line’s cruise ship named Koningsdam.
Her Majesty Queen Máxima of the Netherlands officially performed the ceremonial honours that are usually held to welcome a new ship into the fleet. Queen Máxima was also the first person signing the cruise ship’s commemorative wall, also part of the tradition.

With the occasion of special event, Orlando Ashford, the company’s president, declared: “It’s an honour to have Her Majesty Queen Máxima as the godmother to Koningsdam, and this was a truly special day with Her Majesty delivering the ceremonial traditions of welcoming our newest ship to the fleet. As our company was founded in Rotterdam more than 143 years ago, it was fitting to return to our roots for Koningsdam’s royal dedication.”

The first trip of Koningsdam will begin from Civitavecchia port in Italy. The ship will further sail roundtrip Amsterdam itineraries to Norway, the Baltic and Iceland. At the end of the inaugural season, Koningsdam will dock at Port Everglades in Fort Lauderdale, Florida.

Starting the end of the year until the spring of 2017, the ship is scheduled to sail to the Bahamas and the Caribbean.