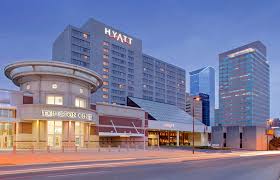 Hyatt Hotels Corporation announced today that a Hyatt affiliate has entered into a management agreement with Kastrati Hotels & Tower shpk for the first Hyatt-branded hotel in Albania. The 151-room Hyatt Regency Tirana is expected to open in late 2019 and will mark a milestone in Albania’s thriving hospitality sector.

“Albania is one of the fastest growing economies in Europe and we are thrilled announce plans for a hotel in Tirana, a city that has undergone real transformation in recent years,” said Takuya Aoyama, vice-president development, Hyatt. “With a prime location in the country’s capital, the hotel will appeal to both business travelers and those looking to experience the cultural sights of the city.”

Located close to national landmarks such as the Presidential Palace, Palace of Congress, National Park, and the soon-to-open National Arena, Hyatt Regency Tirana will connect guests to who and what matters most while visiting the country’s capital. Guests will benefit from being a 10-minute walk from Blloku, an upmarket area widely known amongst locals as an entertainment destination with boutiques, shops, restaurants, and bars. Additionally, Rinas Mother Theresa International Airport will be approximately 15 kilometers away from the hotel.

“We are delighted to be working with Hyatt on this hotel. The Hyatt Regency brand is a globally recognized and will attract visitors to this remarkable city,” said Leonard Kastrati, owner of Kastrati Hotels & Tower shpk. “We look forward to a successful cooperation with Hyatt and the brand’s first hotel in Albania. We were also happy to collaborate with Colliers International London and Tirana offices who brokered this tremendous deal. We thank Ben Godon, Stela Dhami and the team for all their efforts and we believe it will greatly enhance Tirana’s and Albania’s future ambitions in the tourism industry.”