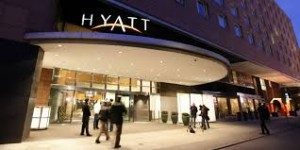 The lodging company, Hyatt Hotels Corp founded by the billionaire Pritzker family is interested in acquiring NH Hotel Group SA. It is indicating its interest in acquiring the Spanish hotel operator.

Mark Hoplamazian, Hyatt’s president and chief executive officer said that Hyatt has a demonstrated track record of making strategic investments to extend the reach of their brands and create value for their stakeholders.

NH Hotel Group SA shares climbed as much as 5.7 percent on the news, the most since November, increasing the company’s market value to more than 2.6 billion euros ($3 billion). The Spanish firm on Friday acknowledged receiving the letter.

There are any potential offer from Chicago-based Hyatt would provide an alternative for NH Hotel shareholders, who are weighing a tender offer from Thailand’s Minor International Pcl.

That deal is conditional on approval from shareholders at an annual general meeting scheduled for Aug 9. Minor is already NH’s biggest shareholder, and said in a regulatory filing earlier Thursday that it had raised its stake to 35.55 percent. It acquired HNA Group Co.’s stake in June amid far-reaching asset sales by the debt-ridden Chinese conglomerate.

Minor’s offer for the portion of NH Hotel it didn’t own was valued at 1.64 billion euros in early June, when the plans were first announced. Bangkok-based Minor was formed more than a decade ago and is one of Thailand’s largest hospitality and leisure firms, with more than 160 hotels and resorts, 2,000 restaurants and 400 retail locations, according to the company’s website.