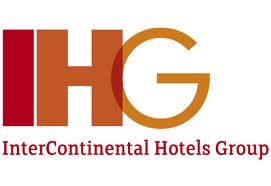 Barnehurst landslip – railway to reopen on ThursdayInterContinental Hotels Group (IHG), one of the world’s leading hotel companies, has named Michael Torres Vice President of Corporate Communications, The Americas. Torres will provide strategic counsel to protect and enhance the reputation of IHG and its family of brands for the region, which includes the U.S., Canada, Latin America and the Caribbean. As the chief communications officer, he will serve on the Americas Regional Executive Committee and be based in Atlanta. Torres will oversee internal and external corporate communications, including employee/organizational, crisis/issues management, strategic messaging, marketing communications and media relations.

Elie Maalouf, CEO, The Americas, IHG said: “We are thrilled to welcome Michael to IHG. His rich experience building robust communications strategies for some of the world’s most well-known companies such as Anheuser-Busch, AB InBev and PepsiCo and their globally recognized brands will be invaluable to how we continue to strengthen the positive cloud of commentary for our high-quality portfolio of hotels – how people relate to and talk about them – both inside and outside of IHG.”

Michael Torres added: “The nature of the industry is fundamentally changing as consumer expectations continue to evolve. Becoming a member of the IHG family provides an opportunity to work with people who are at the forefront of that future and help make a difference. The talent and commitment here are essential building blocks in charting new pathways for strategic communications that will protect and enhance the image and reputation of IHG and its portfolio of strong hotel brands.”

He also directed corporate communications, marketing and social media communications for PepsiCo’s $1 billion Tropicana line of beverages and the Naked Emerging Group, including the Naked, IZZE, O.N.E brands. In this role, he oversaw internal and external communications strategies and executions, including the recalibration of Tropicana’s award-winning social media footprint (Facebook, Twitter and blogger outreach) and successful leadership on litigation communications for Naked Juice and Tropicana Pure Premium.
Before joining PepsiCo, Torres held several leadership positions at Anheuser-Busch and AB InBev, the world’s largest brewer. He initially oversaw communications for Anheuser-Busch’s international subsidiary for five years and then was promoted to direct the company’s North America Brand/Sports & Entertainment Marketing Communications teams where he also built a lifestyle communications practice. Following the merger between Anheuser-Busch and InBev, he led global external communications for the newly formed parent company, AB InBev. In this role, Torres oversaw the development and execution of all marketing communications strategies for more than 200 brands, key global sponsorships (including World Cup, Super Bowl, etc.), investor relations communications that included the first combined annual report between InBev and Anheuser-Busch, the relisting of “BUD” on the New York Stock Exchange and supported earnings announcements. He began his career in public affairs at Fleishman-Hillard Inc., where he developed and executed public relations, community relations and grassroots PR programs  — from a major Superfund clean-up project and national campaign that earned FDA approval for Olestra to the Vatican during Pope John Paul’s visit to the United States and several state gaming initiatives.

Torres earned his bachelor’s degree in sociology from the University of California Los Angeles (UCLA) and is an alumnus of Anheuser-Busch InBev’s Advanced Marketing Program from the Stanford Graduate School of Business, the Coro Fellows Foundation, the AFL-CIO Organizing Institute and Anheuser-Busch’s Senior Leadership Development program. morning