In 2019, over 12.8 million tourists from the United States & Canada visited Mexico 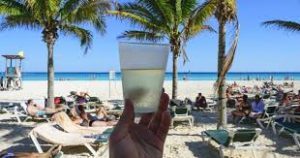 Tourism Secretary, Miguel Torruco Marqués explained that the data was made up of just over 10.5 million Americans and 2.31 million Canadians.

While delivering a speech at a meeting with travel agency association members, Torruco said the growth in the numbers of the U.S. visitors came in spite of tourist numbers dropping in all but four months last year.

“With the exception of . . . April, May, October and November of 2019 . . .a reduction [in visitor] numbers was seen with respect to the same month of the previous year,” he said.

“. . . Despite snowfall in January [2019] that caused the suspension of thousands of flights and the decline [in flights] due to” the grounding of Boeing 737 MAX planes, the U.S. market recovered and grew by 0.2%, Torruco said.

The tourism secretary stated that the United States and Canada remains the largest source of visitors to Mexico just after South America, Central America and the Caribbean collectively, and Europe.

Last year in Mexico, American and Canadian tourists spent US $12.91 billion, Torruco said, which equates to just over US $1,000 per person. U.S. visitors spent 82% of that amount, and comprised the same percentage of total visitors from the two North American countries.

Torruco’s declaration of the total figures of tourism for North America came a week after he made his forecast that final statistics would show that 44.7 million international tourists came to Mexico in 2019, an increase of 8.3% over 2018. Also, the secretary predicted that the figures would show they spent US $24.81 billion while in the country, a 10.2% increase compared to 2018.