Japanese films do the rounds in UK this February 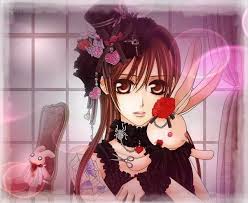 Love Japanese film and filmmakers? Listen up! From 5th February to 26th March 2016 the Japan Foundation will be bringing a tour of Japanese cinema to cities around the UK, screening everything from anime and family dramas to black and white classics.

Each year the Japan Foundation’s much-loved film tours centre around a particular theme whilst highlighting trends in Japanese cinema. This year the films will focus on the theme ‘Ikiru’ (to live), inspired by Akira Kurosawa’s iconic film.

So whether you’re a Japanese film fan in Edinburgh, Exeter, Bristol, London or further afield , take a look at what’s going to be on offer in a venue nearby:

The Cowards Who Looked to the Sky – After a four year break, Japanese filmmaker Yuki Tanada is back with this emotional, bold film about a housewife and a high school student, both seeking solace in cosplay.

A Farewell to Jinu – Directed by Japan’s most exciting playwright, author, actor and filmmaker Suzuki Matsuo, this hilarious comedy features the story of a salary man who moves to rural Japan to live a cash-free existence.

The Letter – This beautiful and tear-jerking social portrait of an unintended robbery-turned-murder shows the toll the act of murder can have on the lives of those surrounding the perpetrator. Based on a novel of the same title by the best-selling writer Keigo Higashino.

Pecoross’ Mother & Her Days – Drawing on social issues in Japan surrounding its ageing population, this sweet and heart-warming story focuses on the touching relationship between a son and his elderly mother.

Cheers from Heaven – Set in the coastal town of Motobu-cho, Okinawa, this film depicts the incredible true story of Hikaru Nakasone, a man who devoted the last days of his life to helping youngsters who felt as if they had nowhere to go.

Noriben – The Recipe for Fortune – This heartfelt human drama is about a woman’s journey to independence after leaving her husband and returning to her hometown to open up a bento shop.

Uzumasa Limelight – An award-wining film telling the admirable story of Seiichi, a ‘kirareyaku’ actor whose main job in samurai movies is simply to be killed-off by the lead star.

I’ll Give it My All… Tomorrow – Adapted from Shunju Aono’s popular manga series, this comedy by Yuichi Fukuda (the director behind HK: Forbidden Super Hero) follows the mid-life crisis of a loveable lazybones trying to find his calling.

Being Good – Director Mipo O (The Light Shines Only There) returns to this year’s programme with her latest film, a heart-wrenching story of a teacher who discovers one of his pupils is being abused at home.

The Elegant Life of Mr Everyman – Based on the popular magazine series by Hitomi Yamaguchi, this classic film depicts the life of Eburi (played by Keiju Kobayashi in a career-defining role), showing his mixed feelings about Japan’s social and economic outcome of the Second World War.

A Japanese Tragedy – Directed by Keisuke Kinoshita, considered to be one of the most important directors of the Golden Age of Japanese cinema in the 1950s, this film is a bleak portrait of post war Japan through the story of a mother’s self-sacrifice.

Tale of a Butcher Shop – An award-winning documentary about the Kitades and their family-run butcher shop in Kaizuka City (outside Osaka), where they have been raising and slaughtering cattle, and selling their meat in their small shop for over 100 years.

Anthem of the Heart – Animation about a young girl who bottles up her emotions, until she joins a high school musical with other students also suffering emotional trauma.
Miss Hokusai – This new animation from director Keiichi Hara (Colorful) is a tale of a free-spirited woman overshadowed by her larger-than-life father, based from the original manga Sarusuberi by Hinako Sugiura.