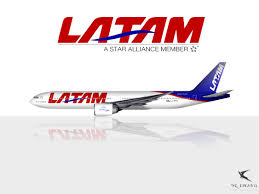 LATAM Airlines, the airline with the most extensive network within Latin America, is offering a range of discounted flights from Johannesburg, South Africa to over one hundred destinations in the region.
Between 18 May 2016 and 1 June 2016, travellers will have a choice to connect to São Paulo directly from Johannesburg, from R8 900.

The LATAM Airlines route will connect them to 115 other destinations in Latin America.
LATAM Airlines will initially offer three weekly flights between O.R. Tambo international in Johannesburg and Guarulhos International Airport in São Paulo in Brazil. No visa is required when visiting most Latin American countries if you are from South Africa.
This connection gives travellers the opportunity to take advantage of LATAM Airlines Group’s extensive network, with regular onward connections across Brazil and to Chile, Argentina, Ecuador, Peru, Colombia and Paraguay as well as Mexico, Uruguay, Bolivia and Venezuela.