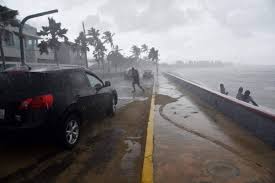 The latest death toll figures in Puerto Rico’s Hurricane Maria has made the storm one of the deadliest hurricanes in US history.
Authorities raised the death toll from last year’s storm to 2,975 on Tuesday, which surpasses that of both Hurricane Katrina in 2005, which was responsible for 1,833 deaths, and the 1928 Okeechobee hurricane in Florida, which killed 2,500 people.
The count in Puerto Rico could change as the government continues to investigate deaths from the storm, Puerto Rico Gov. Ricardo Roselló said. Until the recent update, Puerto Rico’s government had said only 64 people died as a result of Hurricane Maria.
When it made landfall on September 8, 1900, it destroyed thousands of homes and killed at least 8,000 people within hours. The hurricane hit the Texas port city by surprise and had such a massive impact that it “brought a new focus on the study of hurricane prediction” the National Oceanic and Atmospheric Administration said.
All three of the deadliest hurricanes were Category 4 storms when they made landfall.
News organizations and some members of Congress have raised questions about the official death toll in Puerto Rico, which had remained at 64 for months.
Democrats in the House, including some Hispanic Caucus members, have requested an investigation into the Trump administration’s response to Hurricane Maria.
It should be noted that in June, Democratic Rep. Nydia Velázquez called for a commission similar to one established in the aftermath of 9/11 to look into the storm’s “death toll, the federal response and how FEMA and other agencies may have responded sluggishly based on artificially low numbers.”