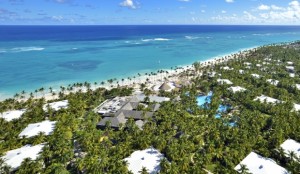 Latin America has been instrumental in the internationalization of Spanish hotel chains, and is also one of the most profitable destinations thanks to its long holiday season, high occupancy rates, and lower operating costs, also benefiting from the dynamism of the feeder markets in the United States and Canada.

The Meliá Hotels International commitment to Latin America and the Caribbean is unconditional, and the company continues to benefit from its diversified presence, brand recognition, the confidence it generates in the region and the economic development of the region alongside that of other countries such as North America. The Company has been operating in the Caribbean for 30 years, and the most recent of its strategic moves was the takeover of the Melia Nassau in the Bahamas, the first company hotel in the English-speaking Caribbean and already a great success, after having doubled results after renovation and transformation to an “all inclusive” experience. This was further reinforced even more recently with the opening of the Meliá Braco Village in Jamaica.

Within the Caribbean, along with Mexico and the Dominican Republic, the history of Meliá Hotels International is very closely linked with Cuba, a country in which the company was the first international hotel chain, and where it now operates 21% of all the hotel rooms on the island and has over 25 years experience of operations and growth with the help of local partners.

In urban areas in the region, the hotel industry in countries such as Colombia, Brazil, Peru and Chile has great potential room for development, which is why Meliá continues to focus expansion efforts on major Latin American capitals.

Developments on the continent are reflected in company results. In 2014 one of the key performance indicators for the business, RevPar (revenue per available room) increased by 22.2% due mainly to price increases. Over the first nine months of 2015, the increase was 4.8%, which would have been 28.8% if Venezuela is excluded due to the major impact of the exchange rate for the Venezuelan Bolivar.

The current pipeline in Latin America and the Caribbean includes 20 hotels with 6,000 rooms in six countries. Brazil, where the company already has 13 operating hotels, plays an important role in this future scenario, with more than one third of the 20 hotels in the pipeline located in the country. These include the recently signed Gran Meliá Nacional Río which is expected to open in time for the Olympic games in the city. Other projects also exist in markets in which the company is already present, such as Colombia, Cuba or Venezuela, or new destinations such as Chile and Costa Rica, allowing Meliá to take part in the growing trend seen in recent months amongst hospitality and international investors to increase room inventory across Latin America.

The company is fully focused on the new leisure concepts pioneered by the Sol Hotels & Resorts brand in the Caribbean, as well as premium Paradisus brand and the Meliá brand in other major resort destinations. At the same time, Meliá is also looking to expand its presence in the most important urban destinations in South America and Mexico through the urban Innside by Meliá brand and through Meliá Hotels & Resorts, without forgetting the potential of Gran Meliá and ME by Meliá in destinations where they can add value for both hotel guests and hotel owners.