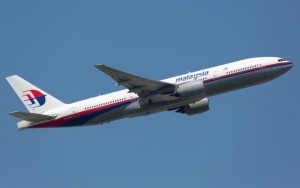 MASKargo made a strong pitch at the just-concluded three-day Air Cargo India 2016 event in Mumbai trying every inch to regain its prominence as a leading cargo carrier of South East Asia. MASKargo is the cargo arm of Malaysia Airlines.

MASKargo showcased its products and services to a discerning crowd of dedicated air-cargo trade visitors who dropped by its large exhibition booth.

Ahmed Luqman Mohd Azmi, the Chief Executive Officer of MASKargo, told Bernama at the show that 2016 was crucial for Malaysia Airlines in respect of its transformation programme.

MASKargo handled 398,722 tonnes of cargo in 2015, down eight per cent from the 434,793 tonnes in 2014, resulting from a reduction in cargo capacity transported in the aircraft belly.

“China and India are inter-related. We see strong demand for cargo from China into India, particularly in segments such as electronics and e-Commerce.

“This will be the case with outbound cargo from China. But in the case of similar cargo from India, we see good potential in pharmaceuticals, chemicals and transportation of dangerous products which are not permitted for transport in the belly of passenger aircraft,” he said.

He said India supplied pharmaceutical products to the rest of the world, and this comes with tremendous business potential for cargo carriers.

MASKargo operates freighter flights to Chennai and Bangalore on a twice weekly basis.
“We are looking into the possibility of adding another destination of either Mumbai or Delhi in our future operations,” he said.