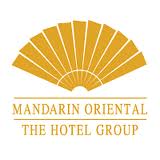 He left the Group in 2011 to take up the role of General Manager opening Ian Schrager’s hotel, PUBLIC Chicago, and later as General Manager of Carmel Valley Ranch in Carmel, California. In 2012, Mr Bowman rejoined the Group as General Manager of Mandarin Oriental, San Francisco where he positioned the hotel as one of the most iconic luxury properties in the region which earned the Forbes Double Five-Star award for the first time in 2014.

“Both Cliff and Donald bring a wealth of experience as well as in-depth knowledge of the brand, which will no doubt ensure their continued success,” said Jan D Goessing, Executive Vice President, Operations Director – The Americas.