Mexico remains the top destination to visit in 2019 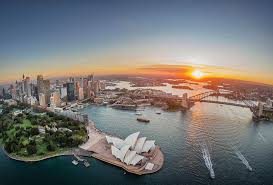 Recent press coverage, tourism data and international studies say that the tourism marketing efforts of Mexico City is propelling consumer interest as a top destination to visit, generate positive stories boosting Mexico City as a World Capital, increase tourism arrivals and heighten awareness for the CDMX brand, which is named as one of the top 20 “City Business Brands” in the world.

Mexico City has been named an emerging global “challenger” amongst leading cities like New York, Paris, Los Angeles and London in attracting and retaining business. Mexico City ranked at number 19 out of 67 global cities, and has great potential to grab a top 10 position in the near future. Mexico City closely followed other highly attractive global cities such as Madrid (14), Rome (15), Shanghai (16), Lisbon (17) and Munich (18).

Over the past several years, Mexico City has been consistently recommended as a top destination to visit and it continues to attract attention due to its rich culture, celebrated culinary scene, abundance of museums and cultural institutions, architecture, design and more.

In 2019, Mexico City remains on top, being selected as a Fodor’s Go List 2019 award winner. Mexico City was also named the #5 city on Lonely Planet’s Best in Travel awards, recognized for its exciting blend of the historic and modern.