Mexico to witness record number of travellers in 2018 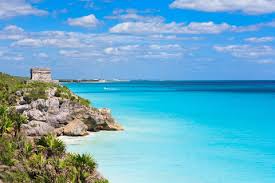 Mexico is likely to welcome a record number of 41 million travellers in 2018 as per the minister of tourism Enrique de la Madrid’s statement on Wednesday.

This historic number would benefit several sectors of the economy, said the minister.

In 2017 Mexico had welcomed 39.3 million visitors that implied that it was the sixth most visited nation according to the tourism minister.

De la Madrid mentioned at the closing ceremony of the 2014-2018 School of Tourism course at the National Polytechnic Institute in Mexico City that this represents a greater revenue for the nation and most significantly, increased employment for Mexicans.

During the speech he said that Mexico is living through one of the best and maybe longest periods in the tourism sector.

Mexican tourism numbers have risen dramatically over the last few years. The number for 2018 would almost double than in 2012 when 23 million tourists visited the nation as per the World Tourism Organization.

The government estimates that if the current growth is maintained, Mexico’s tourism industry should account for around 10 percent of the country’s GDP in the next few years.

On May 8, De la Madrid said Mexico hopes to become the fifth most popular tourist destination in the world, thanks to the positive experience travelers have enjoyed in the country.

The minister also said recently that attracting Chinese tourists was a priority.