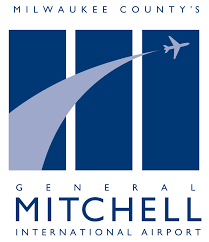 The designation was given due to Mitchell Airport’s efforts to protect the environment while contributing to the economic vitality of the region. No violations were identified were identified at MKE, as the Airport was in full compliance for the entire calendar year.

“Mitchell Airport’s terminal is the most visited building in Wisconsin, and it’s important to us to operate in an environmentally-friendly manner,” County Executive Chris Abele said. “From our newly-remodeled Baggage Claim featuring a green roof, to our smart lighting systems and low-flow plumbing fixtures, to our compressed natural gas shuttle buses, MKE really is on the forefront of Milwaukee County’s sustainability and conservation efforts.”

MMSD’s letter congratulating the Airport indicated that MKE’s “diligent compliance with environmental standards helps us meet our goals and helps to preserve Lake Michigan and other area waterways for future generations to enjoy.”

General Mitchell International Airport is owned by Milwaukee County and operated by the Department of Transportation, Airport Division, under the policy direction of the Milwaukee County Executive and the County Board of Supervisors. The Airport is entirely funded by user fees; no property tax dollars are used for the Airport’s capital improvements or for its day-to-day operation.