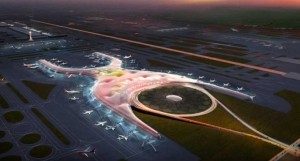 Considered as the largest project in the world, this controversial project under construction is full of problems and delays. As per Moody’s report Mexico’s non residential real estate investment is driven by this which has been  declining since 2016.

In terms of competitiveness the project’s cancellation will be directly effecting the investment and employment. It would further derail the growth in Mexico’s tourism.

As per the World Tourism Organization last year Mexico took the sixth spot in world rankings for being the world’s most visited countries.

A referendum was proposed by the  Mexican President-elect Andres Manuel Lopez Obrador on whether to continue or scrap the controversial project. This was basically due to the corruption and irregularities involved in it.