New Long-Haul Route For Berlin: To Philadelphia With American Airlines 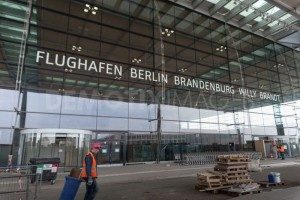 In Summer 2019, the capital’s region will be directly connected to Philadelphia on the US East Coast. American Airlines will operate this route four times a week from 7th June to 28th September 2019. On Tuesdays, Thursdays, Saturdays and Sundays they will be flying from Berlin to the US East Coast. Take-off from Tegel will be 10:35 local time, landing in Philadelphia at 13:40. On the way back, the flights will take off on Mondays, Wednesdays, Fridays and Saturdays at 18:15 and land in Tegel at 8:35 the next day. A Boeing 767-300 will be used, which offers 160 seats in Economy Class, 21 seats in Economy Plus, as well as 28 seats in Business Class.

Prof. Dr.-Ing. Engelbert Lütke Daldrup, CEO Flughafen Berlin Brandenburg GmbH: “The new long-haul connection to Philadelphia shows that we are an interesting market for large airlines and alliances. The potential of the capital region as a tourist destination and rapidly growing economic area is spreading. With the launch of this connection in 2019, American Airlines will have an important starting advantage: when BER goes into operation in October 2020, the airline will be able to offer an already established long-haul connection there. We wish American Airlines all the best with their flights.”

“Berlin is a vibrant new addition to American’s international network and we are pleased to be connecting the German Capital with Philadelphia for the first time,” said Vasu Raja, American’s Vice President, Network and Schedule Planning. “American’s hub in Philadelphia is our largest in the Northeastern United States and offers seamless connections across the United States, Canada and the Caribbean. Top onward destinations include Los Angeles, Miami, Toronto, New Orleans and the Bahamas.”

American Airlines
In 2013, American Airlines merged with US Airways to become the largest airline in the world. As a partner of the oneworld aviation alliance, they offer many other connections in North and Central America from its hub in Philadelphia.