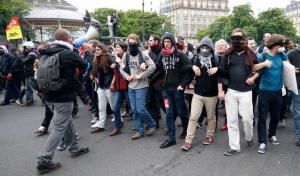 Workers in railway unions in France take strike due to concerns over labour reforms’ plans that will disadvantage the employees.

The railway strikes planned for today are expected to severely disrupt the French rail traffic.

With the voting of the new labour law proposal, railway workers will be easier to fire, contrary to the country’s excellent work conditions and regulations so far.

The railway action in France is led by the CGT union and supported by Force Ouvriere and Unef sindicates. Nevertheless, the CFDT union has decided to back the labour reforms, in opposition to the main unions in the sector.

Additionally, railway workers in Belgium have scheduled strikes for later in the day due to significant budget cuts and changes to the hiring conditions.

Tags: The railway strikes planned for today are expected to severely disrupt the French rail traffic.