Robin West promoted to the role of vice president at Seabourn 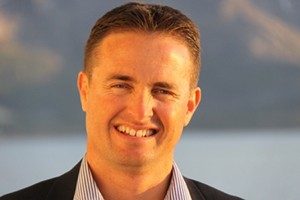 Robin West a veteran expedition leader has been promoted to the role of vice president, , expedition operations and planning,  at Seabourne where he will be assigned to oversee and look after the development of the line’s expedition-oriented product in destinations across the world.

There has been recent announcement of plans to building two new ultra-luxury expedition ships at Seabourne.

Seabourn president Richard Meadows said that Robin was helpful in tremendous success of their Ventures by Seabourn programme available at several destinations around the world.

They are currently expanding their ultra-luxury expedition travel product with ships that will be catering to amazing destinations and  create authentic experience.

Robin’s capabilities will help Seabourn expand  the definition of ultra-luxury adventure travel in several corners of the world. West started his career at Seabourn as an expedition leader during Seabourn’s inaugural season of four voyages aboard Seabourn Quest in Antarctica and Patagonia in 2014 and he was later promoted as the director in 2017.

West is a graduate of the University of Port Elizabeth and a native of South Africa.Post his graduation he founded two companies that offered scuba diving and outdoor experiences in South Africa’s thrilling areas.