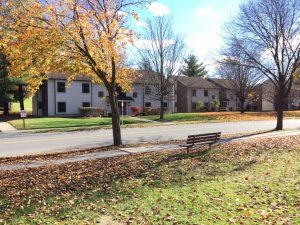 Saratoga Springs, a city in New York, is trying to become bicycle-friendly.

A part of the Henry Street in the Saratoga Springs is set to be made temporarily one-way southbound. This will be a part of the experiment to see whether two-way bicycle traffic can co-exist with vehicle traffic and parking. Henry Street happens to be one of the downtown’s well-travelled side streets.

The City’s administrator of parks, open lands, historic preservation and sustainability, Tina Carton, said that the pilot test would entail people to experience the change before the plan is actually implemented as part of the long-term investments.

The officials concerned are also chalking out an open house programme to aware people about the Henry Street experiment.

As per Tina, the pilot project will allow testing a low-cost idea for the urban segment of the Saratoga Greenbelt Trail, a larger plan for bicycle and multiuse loop through the countryside around the city and into its downtown core.

Henry Street is now going to be made one-way southbound between Lake Avenue and Spring Street. Meanwhile, parking is now going to be limited to the west side of the road. Besides, temporary two-way bike lanes will also be marked on the east side.

On the other hand, the Greenbelt Trail, which the city council approved as a concept in 2014, will include 24 miles of a shared-use path, encircling the city and coming into its downtown area.

As per the Complete Street Policy that was adopted in 2016, there should be proper accommodation arrangements for the cyclists and the pedestrians in new street projects.

The work on the Greenbelt Trail project is now being carried out in segments. Initially, the Downtown Connector, a 1.66-mile multiuse segment from City Hall to the Route 50 Bridge over Norway at exit 15, has to be made. A total of $2.67 has been jointly funded by the state Department of Environmental Conservation and the state Department of Transportation for this. The project is scheduled to be completed in 2020.