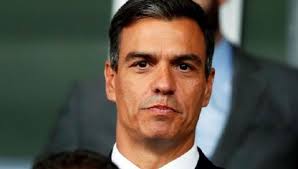 Pedro Sánchez, the Prime Minister of Spain started his tour of Latin America on Monday, with visits to the countries like Chile, Bolivia, Colombia and Costa Rica, that stand for the diversity of a strategic Spanish region and with which the government is all set to step up bilateral relations.

According to Moncloa, the selection of the four nations– different in size, geographic and social conditions, and the political orientation of their governments – shows the positive and multidimensional target of the government in terms of relations with Latin America, and its vocation for integration and multilateralism as the best instrument for providing the right answer to the global challenges.

Moncloa stated that for Prime Minister Sanchez, this tour is kind of a step forward in terms of relations with Latin America, fortifying dialogue and endorsing a unique, balanced and fair relationship on the basis of mutual understanding of the challenges faced by each country. Together with the European Union, Latin America is one of the most important global regions for Spain, and therefore the government is interested to listen to and describe its role in the region, thus intensifying its part as an intermediary between them, Moncloa said in a statement.