Speculations on Virgin America to be sold 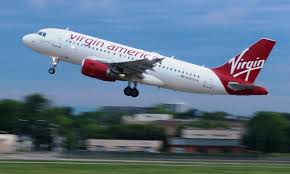 There has been much speculation about Virgin America being sold in part or in whole to China’s Hainan Airlines, Alaska Airlines or JetBlue. While the Business Travel Coalition (BTC) at this time has not taken a position on a potential sale, there are some competition problems and opportunities worth considering.

Merger analyses are fact intensive, particularly as it relates to potential impacts on the consumer in relevant markets, i.e. city-pairs such as Los Angeles – New York City. Depending upon which, if any, of these three apparent suitors ends up with a deal, U.S. Department of Justice (DOJ) antitrust analysis can end up in support or opposition to a given combination or ownership structure.

While arguments are being made about which tie-ups would be best for each carrier’s network, cost structure or shareholders, it is the consumer who represents the “North Star” when it comes to antitrust analysis and airline industry public policy.
BTC has testified before the U.S. Congress in opposition to most proposed mergers over the past 15 years. Since American Airlines, Delta Air Lines and United Airlines (the “Big Three”) now control 60% of domestic seat capacity, and benefit from antitrust immunized global alliances, consumers have increasingly been subject to unfair and deceptive practices and unfair methods of competition.

In addition to DOJ-identified tacit airline coordination on pricing, fees and policies, there is the blocking for two plus years of Norwegian Air International’s application to serve the U.S. as well as the scorched earth, protectionist campaign against the Gulf carriers. Consumers need more strong competitors. According to a July 14, 2015 Associated Press analysis, at 93 of the top 100 U.S. airports, one or two airlines control the majority of the seats.

Three Ways To Think About A Virgin America Sale
1) A tie-up with Hainan Airlines could maintain the Virgin America brand and provide additional passenger feed so that it could better contest existing markets or enter monopolized markets that it otherwise could not do without the feed. 2) An Alaska Airlines purchase would reduce competition on the West Coast and raise prices but make the carrier a stronger competitor to the Big Three. 3) A JetBlue – Virgin America combination would reduce competition on some transcontinental routes, but create a stronger rival to the Big Three, especially in the area of corporate contracting, and provide additional opportunities to leverage foreign carrier partnerships to mount new domestic competition in monopolized city-pair markets.

Since securing their grants of antitrust-immunity and consolidating the domestic industry, the Big Three have fought hammer and tongs to reduce price transparency, undermine their regulator and block foreign carrier new entry. Having stronger competitors to help keep the Big Three honest is one of the few remedies available.

However, no additional industry consolidation should be considered until and unless additional remedies are put in place or are underway the most important of which are:
– a private right of action – the right of consumers and State Attorneys General to sue airlines – needs to be reinstated to reflect the intent of Congress when it passed the Airline Deregulation Act of 1978;

– a routine scheduled review of antitrust immunity with a docket for public comment;
– a dismissal by the Obama Administration of the Big Three’s demand that it block Gulf carrier access to U.S. markets;

– an increase in the Passenger Facility Charge to $8.50 enabling airports to improve and expand facilities to attract new competitor airlines; and
– the creation of a national commission to review structural and other problems facing airline industry consumers.

BTC has launched CongressForConsumers.travel as a resource for Congress, the travel industry and reporters as it considers these additional remedies.

We will have to wait for a proposed Virgin America deal and then set about the fact-intensive process to determine if, on balance, the transaction tracks with the North Star and is likely to benefit consumers over the long term.