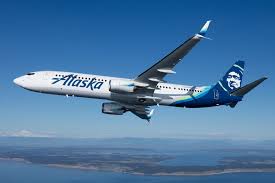 A strong odour on board an aircraft of Alaska Airlines compelled the plane to go for an emergency landing on August 12.

The airplane was going from San Francisco to New Orleans.

It had no other choice but to opt for a landing in Los Angeles when “strong odour was detected on board during the flight in the cabin” as per the official version of a spokesperson of the airlines who mentioned it to a leading news media platform.

The airplane finally made a landing at the Los Angeles airport around 12 p.m. local time as per the outlet and the 136 passengers on board had to be re-accommodated on other flights.

As per Alaska Airlines it was ‘being inspected by technicians to pinpoint the cause’.

The cause of the smell was not revealed.

A representative for Alaska Airlines was not available to elaborate on the outcome of the inspection.

The Alaska Airlines’ flight’s unscheduled stop follows news of a Spirit Airlines flight that was forced to make an emergency landing on July 26, after passengers detected an unusual odor that one likened to “dirty socks.”

A hazmat team was called in to inspect the plane, and several passengers were treated on the scene for symptoms including headache, nausea and difficulty breathing.