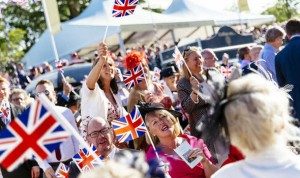 Irish Hotels Federation found that almost three quarters of hotel and guesthouse owners reported an increase in tourism trade over the past year.

Arise in overseas visitors and the growing popularity of staycations has helped boost the tourism sector.

The Irish Hotels Federation, which lobbies on behalf of the hotels industry, said business had improved because of a rise in staycations, as well as an increase in the number of tourists from North America and continental Europe. They warned, however, of the potential negative effect a drop in visitors from the UK could have. About 60 per cent of hotels and guesthouses reported a jump in visitor numbers from across Ireland compared with a year earlier, with no change reported by 22 per cent and 18 per cent noting a decrease.

More than half of the tourism businesses said that there was a rise in visitors from the US, with only 11 per cent reporting a fall, while there were also reports of more tourists from France and Germany.

Michael Lennon, the IHF president, said the results showed that while the hotels industry is performing well, the fall in British tourists meant there was no room for complacency.

The number of British visitors to Ireland has dropped steadily over the past year. Fáilte Ireland reported in April that while the number of foreign trips taken by British citizens to other EU countries last year rose by 3 per cent, the number visiting Ireland decreased by 5 per cent.

This has been linked to the fall in the value of sterling since the Brexit vote, which has made Ireland more expensive for British visitors.

Fáilte Ireland also said that the general perception that holidays in Ireland were poor value for money was also a significant factor.