SWISS to introduce new routes to Osaka and Washington, D.C. 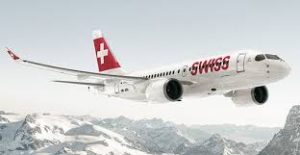 There will be five-times-weekly non-stop service between Zurich and Osaka on 1 March 2020, making it the only airline to operate this route. The new service will be operated with Airbus A340-300 aircraft, which offer 223 seats.

The airline will also provide daily services to Washington, D.C. from 29 March 2020. The route will be operated with Airbus A330-300 aircraft seating 236 passengers. The new flights will bring service on the Zurich-Washington, D.C. route to 14 weekly frequencies provided by SWISS and its joint-venture partner United Airlines.

Thomas Klühr, CEO, SWISS said that as the Airline of Switzerland, they connect their home country with the world’s key economic, societal and tourist destinations.

Tamur Goudarzi Pour, SWISS Chief Commercial Officer said that Osaka and Washington, D.C. are catering to both the business travellers and our leisure customers.