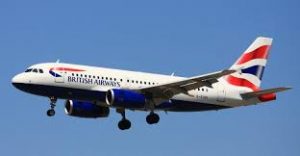 A flight of British Airways was compelled to opt for an emergency landing at Gatwick airport after experiencing technical problems.

Flight BA 2605 as travelling from Naples when it confronted with the issue and this led emergency services to rush to the scene as it made a landing at the London airport around 12.30 a.m.
Incoming flights were temporarily diverted from the airport as the Airbus A320 airplane was being inspected.

A spokeswoman for Gatwick mentioned that the flight was compelled to land with a technical fault. She went on to add that a flight of British Airways was inbound from Naples to London Gatwick landed with a technical issue. She added that the aircraft then stopped on the runway whilst an inspection of the aircraft took place.
During this time, their runway continued to be temporarily unavailable while they had switched over to their stand-by runway.

Owing to the emergency landing, several aircrafts were diverted away from Gatwick. No-one was injured in the incident and passengers were capable were able to disembark the airplane a short time later.
An easyJet service from Paphos and a TUI flight from Lanarca were diverted to other airports prior to Gatwick’s stand-by runway was opened.