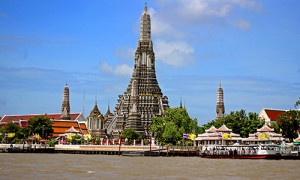 Thailand was named among the best countries in the world in a recent study by US News and World Report. Thailand came in at 21st in the Best Country Overall and is listed in the top 10 of all five individual categories which include: 10th place in the Open for Business section, 8th place for Heritage, 6th place for Best Countries to Invest in, and 4th place for both Adventure and Movers (this category focuses on rising economies). Dr. Yuthasak Supasorn, Governor of Tourism Authority of Thailand (TAT) said, “This is great news for the Thai tourism industry as it affirms a positive perception of Thailand among the international community. This report and the favourable rankings will certainly help add the appeal of Thailand as a top destination to visit among travellers from the US as well as across the globe.” The 2016 Best Countries report and rankings are based on how global perceptions define countries in terms of a number of qualitative characteristics, impressions that have the potential to drive trade, travel and investment, and directly affect national economies. Sixty nations were measured in the inaugural report. The “Best Countries” study sampled the perceptions of more than 16,000 people in four global regions, asking them to rank 60 pre-selected countries on a range of criteria. Attributes were grouped into nine sub-rankings that rolled into the Best Countries ranking: Adventure, Citizenship, Cultural Influence, Entrepreneurship, Heritage, Movers, Open for Business, Power and Quality of Life. Six ASEAN countries are featured in the study. Thailand is one of the world’s most visited countries. In 2015, Thailand attracted 29.88 million tourist arrivals to the kingdom.

Tags: Hotel News, Melia Hotels International makes its Jamaica debut with the opening of Meliá Braco Village in Rio Bueno, Thailand was named among the best countries in the world in a recent study by US News and World Report.