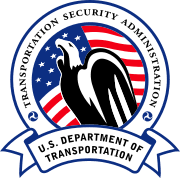 U.S. air travel soared to new heights on Sunday after Thanksgiving in 2018. The Transportation Security Administration (TSA) announced that 2,729,770 passengers and crew on Nov. 25 were processed, beating the previous highest figures. In 2004, 2.71 million people passed through TSA security to board flights. In 2017, 2.61 million people flew on the Sunday after Thanksgiving.

On an average, 2.1 million passengers pass through the government security before boarding a flight.  There were over 600,000 more travellers above normal on the Sunday after Thanksgiving in 2018.

TSA Administrator David Pekoske thanked the entire TSA team and industry partners for their work and attention to detail during a very hectic time, assuring a safe and secure travel for all passengers.

Close coordination with airline and airport partners, new technology, enhanced screening were critical for the management of the operations in the Thanksgiving holiday week.

Data from the 11-day heavy travel period showed that 95 per cent of the travellers waited less than 20 minutes in a security checkpoint line and 99 per cent of TSA PreCheck enrollees waited less than 10 minutes. Pekoske had vowed in early November to keep lines short without comprising the subpar security. He feels that the threats to the aviation industry have not mitigated even 17 years after the Sept. 11 terrorist attacks.

He linked the booming U.S. economy to the record-breaking air travel.

TSA plans to deploy an additional 80 canine officers and 1,200 TSA officers across the country’s 440 federalized airports. The agency is comprised of 43,000 officers.