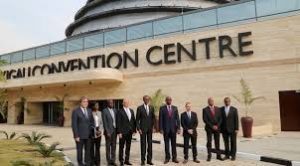 The number of American tourists to Rwanda has increased by 114 per cent year-on-year, as per data from an international travel agency network.

Data said that Rwanda was among the top 10 countries witnessing significant visitor increases by percentage in year-over-year bookings among American travellers at 114 per cent.

This development comes at a time when Rwanda is rolling out multiple efforts for growing tourism receipts. The country aims to create a diversity of wildlife in local parks with addition of rhinos and lions. The tourism sector of Rwanda is also working towards low density, high-value kind of tourism due to the returns it promises.

Among facilities, those which are well placed for the model include Bisate Lodge, Amakoro Songa lodge, One and Only Nyungwe and the newly opened Singita.

Rwanda Development Board (RDB) has also said that they are working on finding out ways to branch out the country’s tourism, to make the most of cultural, religious and other attractions. Rwanda is also keen on growing tourism receipts through the conference tourism sector. Kigali currently ranks the second most popular destination in Africa for international meetings and events by the International Congress and Convention Association (ICCA).