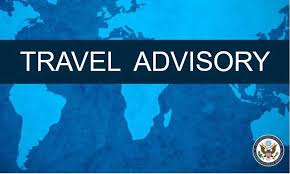 Due to crime and civil unrest, the US State Department has issued a Level 3 Travel Advisory for the country of Haiti.  There are unpredictable and sporadic demonstrations in the capital, Port-au-Prince and elsewhere in Haiti. Travellers are sometimes targeted, followed, robbed and violently attacked shortly after leaving the Port-au-Prince international airport.

The U.S. Embassy takes steps to detect surveillance and deter criminal attacks during these transports. Its personnel are required to use official transportation to and from the airport.

The Embassy prohibits its personnel from visiting establishments after dark without secure, on-site parking; using any kind of public transportation or taxis; visiting banks and using ATMs; driving outside of Port-au-Prince at night; travelling anywhere between 1:00 a.m. and 5:00 a.m.

The Embassy personnel should not visit certain parts of the city at any time without prior approval and special security measures in place.