The UK visitors are choosing Romania over other destinations 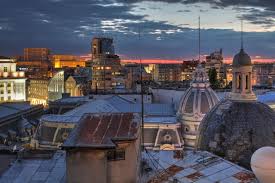 For the UK tourists, Romania is the fastest emerging destination with an average growth rate of 24% per year in the period 2007-2017, as per a recent analysis of British travel agency- On The Go Tours, quoted by local Profit.ro.

The growth reported for Romania is well on top of the one recorded by Lithuania, the second fastest-rising destination for UK tourists (+187%). Mexico occupies the third spot with a 145% increase in UK visitors, followed by Hungary (+70%) and United Arab Emirates (+64%).

The same scrutiny showed that 14 out of the 20 fastest emerging holiday destinations for UK visitors are European countries. Among them, Poland greeted around 57% more British tourists over the past decade, Portugal (up 50%), and Denmark (up 45%).