This year, New York is hoped to experience major growth in tourism! 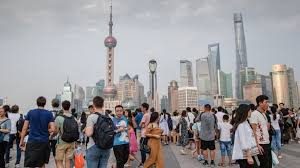 This year, for all the lovers of art, history, music and good food, New York is the place to be.

The state will be observing the semi-centennial anniversaries of the original 1969 Woodstock festival and the Stonewall Uprising, along with the birthdays of Walt.

Whitman and Prohibition in sophisticated fashion. Regional visitors’ bureaus are finding out new and creative ways to make the most of these events, which are showcased as a boon for the state’s tourism sector.

WorldPride New York City and Woodstock 2019 art and music events are by now generating global buzz. Frommer’s placed New York among 19 best places in the world to visit this new year. Closer to home, in 2019, the Catskill Mountains and Hudson Valley were together ranked as the 15th-most-popular destination for Airbnb guests. In both cases, New York was among just two locations in the United States that made the cut.

Here in the Capital Region, there’s been some new development that is anticipated to contribute to the feasibility of the region as a major tourist destination. The first phase of the conversion of North Hudson’s former Frontier Town amusement park into an equestrian campground and day-use area is complete and a new brewery is all set to be launched on the site in 2019.