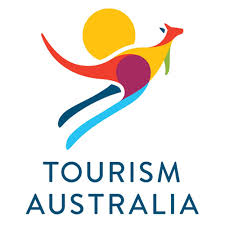 The response to the roll out of Tourism Australia’s new aquatic and coastal campaign in the United States is already ‘exceeding expectations’, according to the national tourism agency’s chief marketing officer, Lisa Ronson.

Since its launch in New York on Australia Day, intention to visit scores amongst US consumers targeted by the campaign have increased significantly, adding further momentum to a tourism market already growing at record levels.

Ms Ronson said that it was extremely pleasing to see its new creative assets performing so well in such a critical tourism market.

“This is about giving US consumers and potential travellers to Australia a deeper, more immersive experience of our destination. The response so far from the activity we’ve rolled out in the US has been fantastic,” she said.

A key component of the US activity has been serving up aquatic-themed video content to Facebook users, including Tourism Australia’s new ad featuring Chris Hemsworth’s dulcet tones and a range of spectacular 360 videos.

A Nielsen survey carried out immediately after the Facebook campaign revealed an uplift in intention to visit scores amongst Americans viewing the video clips that was three times higher than the industry average for similar travel and tourism campaigns.

“Through Facebook we’ve been able to give American consumers a real sense of what it feels like to be in Australia and to experience for themselves being on, in or near the water.

“It’s a fantastic platform for our 360 video footage and, based on the engagement we’ve been getting to our posts, it’s definitely providing the inspiration for potential travellers to take that crucial next step towards booking a holiday to Australia,” Ms Ronson said, adding that it planned to deepen its relationship with Facebook over the coming months.

A selection of different interactive videos were promoted in the US on Facebook, with 360 scenes including flying over the 12 Apostles and Great Ocean Road, soaring above the Three Capes Walking Track in Tasmania and swimming with sea lions off Port Lincoln in South Australia.

Ms Ronson said that the 360 videos which were receiving the most views and highest engagement on Facebook were those featuring wildlife and deeper immersive experiences.

Paul McCrory, Head of Travel, Facebook Australia, said that the Tourism Australia partnership proved the power of mobile to help drive Australia’s brand internationally and increase the intention amongst US travellers to visit Australia.

“This campaign has seen Tourism Australia really nail its marketing strategy to mobile, and has been a huge success. The campaign and engaging content that it has been built around was excellent and, combined with Facebook’s huge scale on mobile across the globe, provided the perfect combination to help drive intention amongst Americans to visit Australia,” he said.

The aquatic and coastal push by Tourism Australia is the latest iteration of its There’s Nothing Like Australia campaign. The global promotion is backed by a range of new creative assets, including virtual reality (VR) and 360 video and a broadcast ad voiced by Tourism Australia’s global tourism ambassador, Chris Hemsworth.

Globally, since the launch of the campaign, there has been more than 10 million views of the broadcast ad and 360 assets across Facebook, YouTube and Australia.com. The campaign launch helped drive a 64 per cent increase in engagement on Australia.com, with length on site exceeding eight minutes and significantly higher levels of return visitation. In addition, leads to industry partners have grown 77 per cent.

Tourism Australia is spending A$40 million over the next six months rolling out the new campaign – with the latest market launch taking place in China, part of Australia Week in China. Other markets included in the global roll out include Japan, South Korea, Singapore, Indonesia, India, Malaysia and New Zealand.