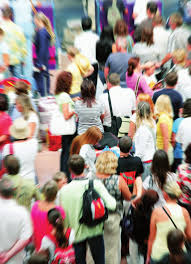 Tourism is one of the important pillars for the South American economy. A rich culture and immensely diversified nation with architectural wonders, natural and scenic beauty, lively and colorful cities, and beautiful landscapes are the key reasons why millions of tourists visit the South America every year. The recently concluded Olympic Games and Football World Cup in Brazil also created a positive impact on the development of tourism in South America. The sectors that contribute to the tourism spend are – the hotel industry, the food and beverages industry, the travel industry and the entertainment industry among many others. The tourism industry contributes to the economic development of every region and assist by being the main employment generator.

According to the data provided by the World Travel and Tourism Council, in the year 2014, in South America, the travel and tourism sector contributed US$ 152.3 Bn to the GDP of the region, which comprises 3.4% of the total GDP of the South America region. This is expected to rise by 3.6% per annum from 2015 to 2025, reaching US$ 221.1 Bn by the end of 2025, comprising 3.5% of the total GDP of this region in 2025. As per the World Travel and Tourism Council data, visitor exports amounted to 5.6% of the total exports in the year 2014 in the South America region, churning out a total of US$ 43.5 Bn in revenues.