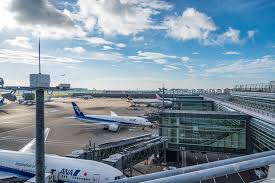 Delta Air Lines and United Airlines are both eager to land more flights at Tokyo Haneda airport when the Japanese government opens the airport to more international service in 2020.

While the number of frequencies has yet to be determined, daytime slots that are evenly split between Japanese and US carriers are expected.

Joe Esposito, senior vice-president of network planning at Delta Airlines said that the next round slot in Haneda will be in 2020.

The air service to Tokyo from the USA is split between Haneda and Narita airports, with the former limited to 12 daily flights evenly divided between Japanese and US carriers. All Nippon Airways (ANA) has four flights; Delta, Hawaiian Airlines and Japan Airlines two flights each; and American Airlines and United one flight each.

The frequencies, including five daytime slot pairs and one nighttime pair per country, were awarded to carriers by their respective governments in 2016.

The Japanese government plans to release roughly 39,000 additional Haneda frequencies for international flights ahead of the 2020 Tokyo Olympics, he explains. This is part of an effort to boost the number of visitors to the country above 40 million annually.