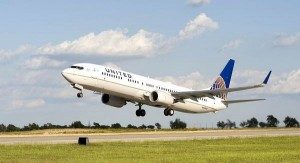 U.S. airlines are increasingly diminishing the size of bathrooms to expand passenger space.

As labor costs rise and fuel prices surge, most of the airlines are taking advantage of robust travel demand to squeeze as many passengers as possible into planes.

The knee-bashing reductions to legroom and elbow-crunching cuts to seat size are well-known tactics among the airline companies. But this method is to retrofit old aircraft and order new ones with svelte lavatories that allow for an extra row of seats in the cabin.

The airline companies say that the new restrooms are just a few inches smaller than what passengers are used to. But it’s not as though the bathrooms were that big to begin with, and the tighter fit is sparking complaints from pilots, concerns from flight attendants and griping from travellers.

American Airlines Group Inc. is using a smaller bathroom supplied by Airbus SE on new A321neos and remodeled older A321s to squeeze in more seats. The airline also is putting in diminutive restrooms made by Rockwell Collins Inc. on more than 300 Boeing Co. 737 aircraft. While on the contrary, United Continental Holdings has the Rockwell lavatories on about 10% of its 737 fleet. There are almost 35 planes and will use them on at least 155 additional 737 Max jets, Boeing’s upgraded model of the single-aisle workhorse. Delta Air Lines Inc. has used the washrooms since 2014. JetBlue Airways Corp., meanwhile, is outfitting some of its fleet with a small lavatory made by Safran SA’s Zodiac Aerospace.

Gary Weissel, managing director of Tronos Aviation Consulting Inc., estimated that American Airlines could generate about $400,000 a year for each seat it adds to a plane, based on average fares and typical aircraft usage. The airline told investors last fall that adding seats to its Boeing 737-800 and Airbus A321 jets would bring in $500 million a year. JetBlue has estimated that boosting capacity on its A320s by 12 seats to 162 will increase annual revenue by about $100 million.

Another aviation company, United Airlines’ first Boeing 737 Max 9 flights on June 7 spurred complaints on social media about the small restroom. Zach Honig, an editor-at-large for the Points Guy, a travel-tips site, tweeted that the economy class bathrooms on the plane “are shockingly bad” and “especially narrow”.