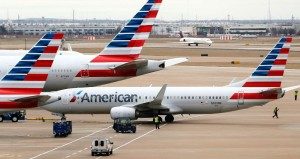 The aviation industry organization Airlines for America announced that they expect 16.5 million passengers to fly global on U.S. carriers over the weeklong Labor Day travel time.

It would constitute a 3.5 percent increase from the 16 million passengers estimated to have flown over the same holiday period last year.

A4A Vice President and Chief Economist John Heimlich said that this Labour Day the U.S. airlines are enabling more passengers than ever before to take to the skies to see loved ones or visit exciting destinations because of improved accessibility for all.

To accommodate the expected 2.36 million daily passengers—up 79,000 a day from 2017—airlines will offer 2.76 million seats per day across their networks, an increase of 92,000 each day over last year’s scheduled service. Friday, Aug. 31 is expected to be the busiest travel day of the week, with an estimated 2.76 million passengers flying onboard U.S. airlines worldwide, followed by Thursday, Aug. 30 and Monday, Sept. 3, with 2.6 and 2.58 million passengers traveling, respectively. The two lightest days are expected to be Saturday, Sept. 1 and Sunday, Sept. 2, which are also historically among the lightest days of the year.

The 2018 has been an exceptionally busy year for air travel, with 20 out of the 25 busiest days ever recorded by the Transportation Security Administration occurring so far this year. The record numbers of travellers are taking to the skies in large part due to widespread affordability, with inflation-adjusted fares in the first quarter of 2018 averaging 8 percent, or $30, below Q1 2010.

In 2017 alone, U.S. airlines spent nearly $20 billion on the customer experience, including the acquisition of 450 aircraft, new flight and ground equipment, improved facilities and information technology. In the first six months of 2018, they invested an additional $9 billion. Since 2010, the airlines have reinvested $111 billion into their product, enhancing the customer experience. There are more passengers are benefitting from an all-time high of more than 3 million scheduled seats departing U.S. airports daily, up 4.4 percent domestically and 4 percent on international routes.