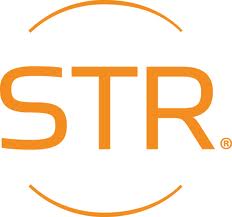 The U.S. hotel industry reported positive results in the three key performance metrics during December 2015, according to data from STR, Inc.

“Occupancy for the month was 53.0%, the highest December occupancy we have ever recorded,” said Jan Freitag, STR’s senior VP for lodging insights. “And yes, that is pretty low, but between 2000 and 2010, the average was 47%, so somehow more travelers were enticed to come out this year. Over the last three years, December occupancies were over 50%, which had never happened before in succession. So despite the fact that we have so many more December roomnights available (+4.4 million rooms since 2012) there was a slight increase in demand (+8.8 million rooms since 2012) that increased occupancy.”

Freitag also noted that the 3.2% increase in RevPAR was the second lowest for any month in 2015. Additionally, the 2.4% rise in ADR was the lowest of the year and lowest since December 2010.

However, RevPAR in the U.S. has increased year over year for 70 consecutive months and all of the key performance indicators finished 2015 as all-time highs.

Overall, 20 of the Top 25 Markets saw an increase in RevPAR for the month. San Francisco/San Mateo, California (-10.1% to US$134.23), was the only market experience a double-digit decline in the metric.

“RevPAR in the Top 25 Markets (+2.5%) was actually worse, if you believe that, than in the rest of the U.S. (+3.9%),” Freitag said. “Just like last month, lack of group demand in the larger markets and a larger share of higher performing Independent hotels outside of the large markets probably affected results.”
Source: STR.