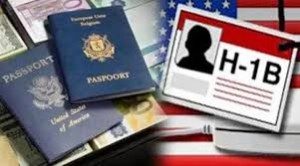 According to the recent report released by the National Foundation for American Policy (NFAP) between July and September 2017 , the U.S denied H-1B visas to 23.6% of Indian applicants. In the last three months this was up by 16.6 %.

NFAP is a a non-profit, non-partisan organisation dedicated to public policy research. The Indians are being hit hard due to the Trump’s administration’s crackdown.

In April 2017 president Trump’s ‘Buy America and Hire America’ order was signed and the Greg Siskind, immigration attorney general stated that it took some time to get people into many of the key positions.

After the uptick in outright denials, the number of requests for evidence (RFE) also rose high. The U.S authorities got notices on providing visa applicants more information on their applications.

In 2017 the Trump administration issued 63,184 RFEs as compared to 63,599 RFEs which was issued during the nine months prior period. Most of the lawyers were struggling with the high number of FREs  which increases the costs for companies and delays the visa process.

In the period between July and September 2017 around 72% of the Indians applying for H-1B visas got RFEs  as compared to 61% for all other countries. In contrast in 2016 between October and December when Barack Obama was in tenure a meager 18.2% of the Indian applicants had to submit the supplementary material.