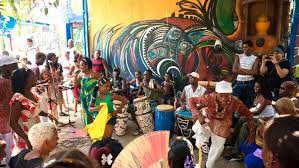 A ‘Level 2’ warning was assigned to Cuba by the State Department. Noel Clay, spokesman stated that the previous advisory  of  ‘Level 3’ ( intending that travellers should reconsider their trip) warning was replaced.

Level 4 warning is the most stringent and warns against any travel, the lowest being Level 1 instructing travellers to make normal precautions.

Clay further added that post the department undertook a thorough review of the risks to private U.S. citizen travellers in Cuba and decided on a Level 2 advisory seemed appropriate.

The staffing levels in the U.S. embassy in Havana was reduced in 2017 as numerous employees got sick when officials referred to as targeted attacks against the U.S personnel.

Around 20 American diplomats suffered from health issues and the U.S. evacuated Americans from Beijing after reports of severe symptoms.

The cause or source of the attacks and the investigation is on.Although, attacks occurred in residences of U.S. Embassy staff targeting at the government personnel.

The Americans were urged to avoid specific hotels in Havana.

In case of any acute auditory or sensory phenomena, as per the updated advisory the Americans travelling in Cuba will be moving immediately to another area.

In 2017 the Trump administration tightened restrictions on the U.S. citizens’ business ties with and travel to Cuba. This was inclusive of eliminated category created by the Obama administration facilitating tourist travel by individuals.