U.S. tourism may get affected due to trade tensions with China 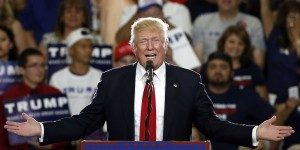 The escalating trade tensions between the United States and China will affect the U.S. tourism industry as per the tourism experts.

Barry Lin, vice general manager of destination marketing services at Chinese online travel agency Tuniu said that there will be an impact on tourism but for how long and he wished that it was temporary.

As the National Day Golden Week is drawing closer which is a national seven-day holiday starting in October the industry is monitoring the situation.

The per Chinese visitor spent on average was 6,900 dollars in 2016 and the country is considered with the highest average spending in the United States.

After the U.S. President Donald Trump’s imposed extra tariffs on 34 billion dollars worth of Chinese goods last month, industry experts are concerned that the growing tension might spoil the momentum.

Lin stated that the difficult time which the two counties are undergoing will stop the group tourists who are undecided.

Jonathan Grella, executive vice president at the U.S. Travel Association mentioned that the trade tension is a threat to the U.S pursuit of the growing global travel market. However the increasing Chinese visitation will help in reversing the trade balance, bolster competiveness and create more jobs in America.