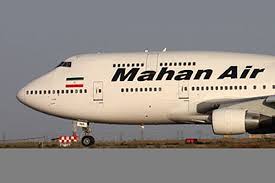 The Treasury Department of United States of America has announced the sanctions of Mahan Travel and Tourism Sdn Bhd, a Malaysia-based sales agent for Mahan Air, an Iranian airline which is already under U.S. sanctions in connection with Iran’s alleged support for international terrorism.

In a statement, Treasury Secretary Steven Mnuchin said in a statement that sales agents such as Mahan Travel and Tourism Sdn Bhd are key to enabling Mahan Air’s international operations, especially in regards to conducting financial transactions on behalf of the airline.

Mnuchin further noted that Mahan Air is the airline of choice for the Islamic Revolutionary Guard Corps-Quds Force, facilitating its support to terrorism across the Middle East.

The regular flights to Syria are used to prop up the Assad regime and deliver weapons, foreign fighters, and Iranian operatives who sow violence and unrest across the region.

The United States government has been very clear about the deadly role played by Mahan Air. Their action against an independent company providing General Sales Agent services to Mahan makes clear to all in the aviation industry that they urgently need to sever all ties and distance themselves immediately from this airline.

The companies that continue to service Mahan aircraft, or facilitate Mahan flights in and out of airports in Europe, the Middle East, and Asia, are on notice that they do so at great financial risk.