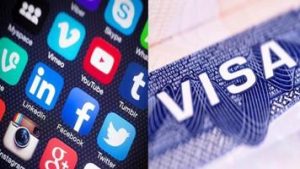 Visa application to the United States requires submission of information about social media accounts they have used in the past five years under a State Department policy that started on Friday. Such account information would give the government access to photos, locations, dates of birth, dates of milestones and other personal data commonly shared on social media.

The State Department said in a statement. “We are constantly working to find mechanisms to improve our screening processes to protect U.S. citizens, while supporting legitimate travel to the United States.” They said that they already request certain contact information, travel history, family member information, and previous addresses from all visa applicants.

In March 2017, President Trump asked the secretary of state, the attorney general, the secretary of homeland security and the director of national intelligence to put in effect “a uniform baseline for screening and vetting standards and procedures,” according to a memo published in the Federal Register. Requiring information about the social media accounts of visa applicants was part of that.

The added requirement could dissuade visa applicants, who may see it as a psychological barrier to enter the United States.

The move represents a step up from a September 2017 measure in which the Homeland Security Department proposed and enacted a regulation calling for the surveillance of social media use of all immigrants, including naturalized citizens. During the Obama administration, the State Department began to ask visa applicants to voluntarily submit their social media information.