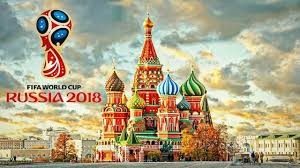 A million soccer fans from United Sates came to Russia for the 2018 FIFA World Cup Russia Finals, where France won against Croatia on Sunday. And though the U.S. team isn’t playing, more Americans are attending than residents of any other country.

This was revealed after a data published by Booking.com that between June 14 to July 15, 2018, the visitors from United States ranked as the top nation, behind Russia, for bookings during The World Cup, followed by China, Germany, Argentina and Brazil. The visitors from U.S. also lead World Cup flight booking growth to Russia, with bookings up 66 percent.

Beth Jenkins, a travel adviser with McCabe World Travel said that the economy flights from Washington D.C. to Moscow for the final match was from $2,350 per person.

Booking.com found the hotels starting at $44 a night at basic hotels ($132 total), or $236 for three nights at three-star hotels. Airbnbs are surprisingly cheap, with apartments as low as $27 per night, or $81 total for three nights.

U.S. travellers to Russia have booked the packages with tour operators, and most operators require game tickets to be packaged with hotels and services together, says Jenkins.

Jenkins says the service costs has raised between $1,000 to $2,000 per person per day, thanks to World Cup surge pricing, which includes a local guide or escort, visits to attractions and experiences like the Kremlin, and all transportation, including airport pickups.

It is possible to book and go on your own but Jenkins recommends booking with a professional operator in Russia.

U.S visitors have spent almost the most money at the games, too. New, in-stadium data by Visa shows U.S. spent $3 million in purchases (Russians have spent $12 million). Mexico spent $1.5 million and China $1.1 million.