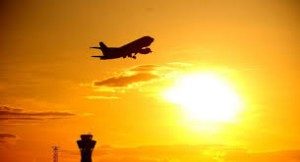 The Irish Aviation Authority (IAA) had confirmed that the flights from UK carriers will not be permitted to land in the Republic in the event of a hard Brexit unless a separate deal to cover aviation is struck with the government of United Kingdom.

Taoiseach Leo Varadkar said on Wednesday that the UK Government was stepping up preparations for a disorderly Brexit, and warned that the planes would not fly in the event of a hard Brexit with no withdrawal agreement struck.

Both the Republic and the UK are signatories of the Chicago Convention which provides that flights originating in one state may overfly another signatory state.

In the event of a hard Brexit, where no withdrawal agreement is struck, a spokesman for the IAA said that there would need to be a new agreement in place to maintain the existing level of connectivity between Europe and the UK.

Asked to clarify whether this would mean another agreement would be needed for UK flights to land in the Republic and other EU states, the spokesman said that regarding EU/UK flights, yes, another agreement or the reinstatement of old bi-lateral agreements would need to be in place if a hard Brexit occurs, to provide for connectivity between Europe and the UK.

The spokesman pointed out that there is no World Trade Organisation (WTO) fall-back position for aviation traffic rights in the event of a hard Brexit, and said this had been conveyed to the Government and the European Commission.

This position was backed up by the European Commission, which said EU rules in the field of air transport will no longer apply to the UK after Brexit, which would have consequences in the different areas of air transport.

In order to keep an EU operating license, for example, certain conditions must be met.

The airline must also be majority owned and effectively controlled by European Union member states. If the conditions are no longer fulfilled as a consequence of the United Kingdom becoming a third country, the operating license at issue will no longer be valid.

A spokeswoman for the Dublin Airport Authority pointed out that there are about 10 million passengers travel between Irish Airport and UK annually, making it a third of its annual passenger numbers.This will create a slow decline in tourism industry.

Stephen Booth, director of policy and research with Open Europe, which describes itself as a non-partisan and independent policy think tank, said he was confident a deal would be struck between the UK and the EU as both sides want to avoid grounded flights.

Tags: Brexit, UK, UK flights not be able to land in Irish airports without Brexit deal