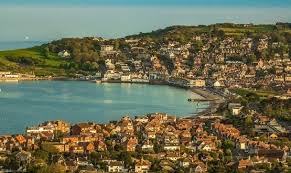 Dorset sees record breaking year as tourism bring £226m to the local economy, which boosts both tourism and revenue generation.

Here tourism is a major factor in bringing a record number of visitors to the county.

The tourists’ figures from VisitBritain have revealed that almost 400,000 tourists came to Dorset in 2017, contributing more than £226m to the local economy. This was a four per cent increase on 2016 where 381,000 visited the county with many businesses and tourist attractions feeling the benefit.

However, across the UK, there were 39.2 million inbound visits to the UK in 2017, rising 4 per cent from the previous year.

The release of the advancement of tourism figures comes as thousands of tourists flocked to Weymouth and the wider Dorset area packing out the beach and many pubs, fish and chip shops, restaurants and cafés as temperatures rose to 30 degrees in one of the warmest summers since 1969.

Tamsin Mutton-Mcknight, general manager of Weymouth SEA LIFE Adventure Park, said that Dorset provides unique experiences and destinations and we need to maximise awareness of these to grow both inbound and domestic tourism in the future.

Charlotte Spracklen, centre manager at Brewery Square Dorchester, added that it is good news that Dorset is now boosting with tourism.  As the heatwave and thunder storms in UK crippled major tourism areas,  but Dorset has seen a boost of visitors to the Square as families are able to come down and enjoy the fountains whilst shopping and dining in the area, and now the tourism authorities are sure that Dorset evolves as a best summer holidays destination.

Nick Thornley, head of economy at the Dorset Council Partnership, added that it is an increase of four per cent in visitors numbers and 18 per cent in spend for Dorset in the latest figures from VisitEngland’s research on inbound tourism from overseas markets.

Dorset offers spectacular coast and outstanding countryside so it’s no surprise that it has broad appeal from both domestic and overseas visitors. Nationally, tourism is worth more than £127 billion to the Dorset economy and VisitBritain said that this figure was growing year on year.

VisitBritain director, Patricia Yates, said that tourism is one of Britain’s most valuable export industries and the strong growth across many of our high-value markets demonstrates our continued ability to attract international visitors in a fiercely competitive global industry, and to deliver economic growth right across the country.