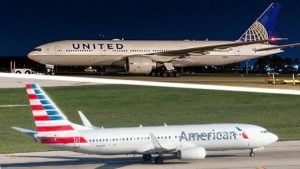 American that has its third largest hub at O’Hare had earned a score of 100 on the 2018 DEI. Both the air carriers were named among the 2018 best places to work in their disability inclusion.

The DEI marks a dual initiative between the American Association of People with Disabilities and the U.S. Business Leadership Network.

American Airlines indicated its top score as evidence that inclusion and diversity are “foundational elements” of the world’s largest airline, and are reflected in the team members the airline hires and the customers it serves.

American asserted that the “It’s Cool To Fly American” program that provides children with autism and their families a simulated flight experience to help familiarize the kids with what may be unfamiliar.

Suzanne Boda who is the senior vice president of American Airlines for Los Angeles commented on the efforts of this carrier on inclusion and diversity mentioning that American is focused on continuous improvement in this area.

United, for its part, pointed to the carrier’s new partnership with the Special Olympics, which has a strong history of bringing together people from all over the world.

Like American, United also has a special program for children with autism called Wings for All.