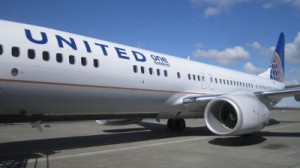 United Airlines and ANA (All Nippon Airways) today jointly announced a fare promotion for travelers flying business class to destinations in the U.S. and Canada. For tickets purchased before January 31, 2016, passengers can enjoy the comfortable in-flight experience of business class with prices starting from HK$25,260.

The fare promotion covers 12 North American destinations in the joint-venture network of United and ANA. Round-trip business class tickets to Vancouver and Calgary will only cost HK$25,260; passengers traveling to Los Angeles and Las Vegas can enjoy ticket prices as low as HK$30,200.

The trans-Pacific joint venture between United and ANA was launched in April 2011 with the aim of offering convenient and flexible flight options through its comprehensive network between Asia and the U.S.. Passengers benefit from easier access to more North American destinations via United’s hubs in the U.S. and ANA’s hubs in Tokyo (Narita and Haneda).

Destinations and Fares (from Hong Kong)